30 Fun Things To Do Around Vancouver This January 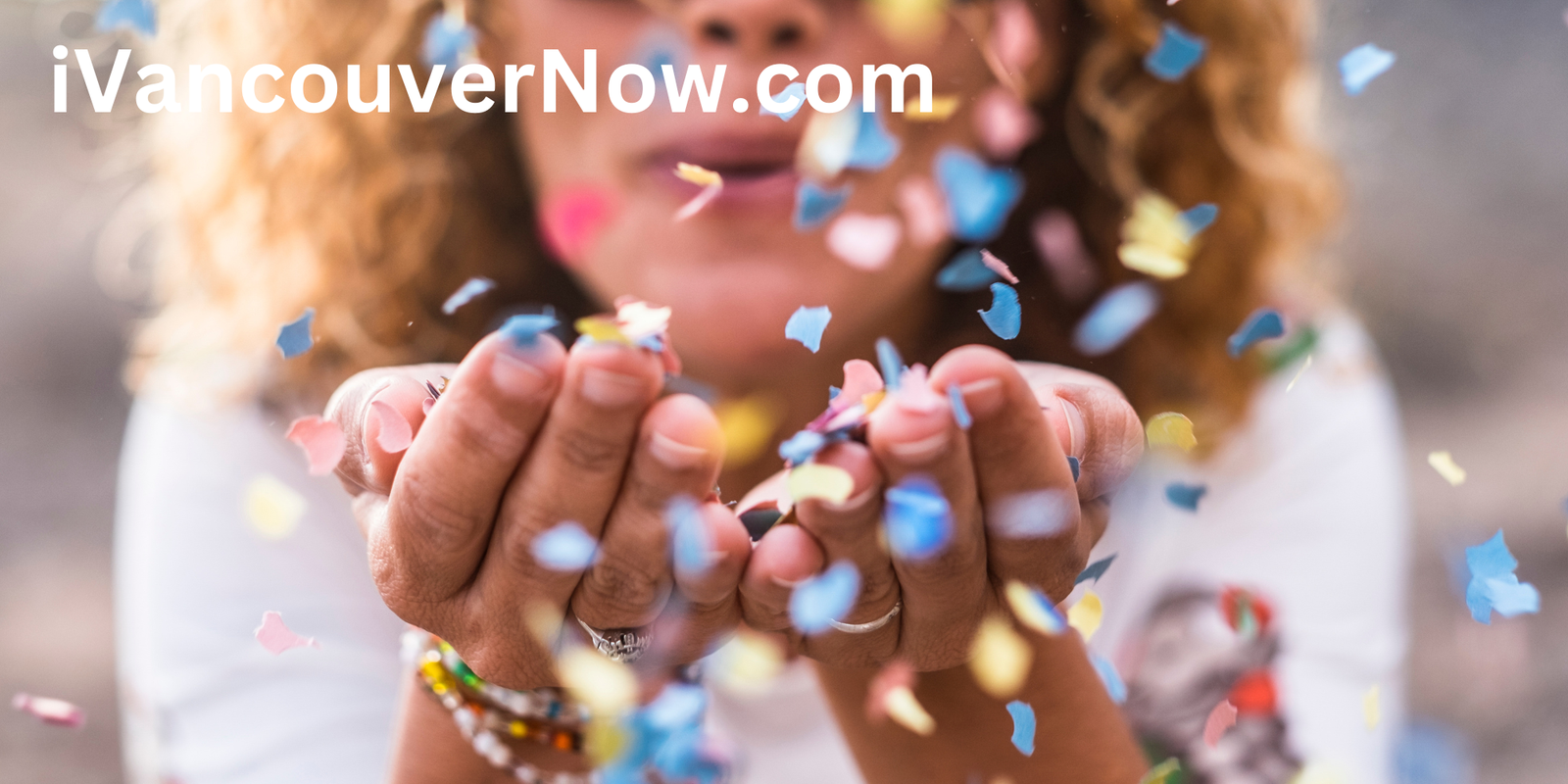 Oh yeah, we’ve got Dine Out to look forward to this month. Spanning over two weeks, Dine Out is an amazing way to enjoy a whole boatload of the best dining options in Vancouver, whether you’re in the mood for a casual lunch or going all out for dinner.When: January 20th to February 5th
Where: Participating restaurants TBA

If you love food truck eats, you’ve likely already heard about Street Food City, Vancouver’s original street food festival. The festival kicks off the delicious Dine Out Vancouver program. And this year, they’re celebrating the festival’s 11th year with an amazing lineup of food trucks, serving everything from Indian food to grilled cheese. Luckily, you can snag some delicious eats without putting too large a dent in your wallet.
When: January 21st to January 29th
Where: Square

Sponsored Pick: Dine under the stars in a heated glass dome at the Westin Bayshore

Dine under the stars in your very own snow globe, during The Westin Bayshore Hotel’s enchanting
Winterlust experience located on the patio of their lobby lounge.
Reserve your very own winter-equipped glass panoramic dome with 6 of your closest friends, and make your experience your own with adjustable heating and an independent sound system.
When: Now until March 12
Where: H Tasting Lounge at The Westin Bayshore Hotel – 1601 Bayshore Drive, Vancouver
Cost: $150-$500

While deets are still a bit scarce on their website, the beloved Vancouver Hot Chocolate fest is returning to the city this month, and we’re sure participating spots are bringing their A-game when it comes to crafting the best cups of cocoa around.
Where: January 14th to February 14th

Hang out at a lobby bar

We’ve said it before and we’ll say it again: It never hurts to dress up and grab a couple of rounds at a fancy hotel bar. If the vibes are right and you feel like whisking your honey away to a cozy spot, who says you need a special occasion as your reason? Check out a new spot in the city and indulge in a few winter-themed cocktails, while you’re at it.
Where: See our picks above

They say that Mediterranean-style breakfasts are some of the healthiest in the world. And while we want to echo that, we’ll also add that they’re some of the most delicious, too. From savoury Turkish pastries to flaky, pistachio-filled baklava, there are simply too many flavours to pick a favourite. And for the coffee lovers out there, you can’t go wrong with Turkish coffee, so here are our top picks.
Where: See our picks above

They say the way to peoples’ hearts is through their stomachs, and on that, we can definitely agree. And since Vancouver is home to a wealth of authentic Italian food, we thought we’d go ahead and share some of our favourite spots. From Robba da Matti to Mangia Cucina & Bar, here are some tasty options to check out. Oh, and don’t sleep on the newest addition to the city: Farmhouse Restaurant!
Where: See our picks above

Swing by your local Farmer’s Market

You better believe that we think a trip to the farmers market is worthwhile any time of year! Picking up great groceries from local producers? This requires no selling on our part.
Where: Locations around Vancouver

The iconic folk-bluegrass band The Dead South is performing at the Commodore on Thursday, January 5th at 7 pm. The Regina-based band was originally formed as a quartet back in 2012, and has now released three EPs and three studio albums.
When: Thursday, January 5th
Where: 868 Granville Street
Cost: $173.74 GA

There’s only about a week or so left in January to enjoy the immersive Beyond King Tut experience. The exhibit commemorates the one-hundred-year-old discovery of King Tut’s tomb by archaeologists in Egypt. And what’s more, you don’t need to be a history buff to meet the Egyptian Gods of the Underworld or travel with King Tut in his quest for immortality. Explore a photo-realistic recreation of his tomb and treasures, and get ready to learn more about ancient Egypt through nine total galleries.
When: On until Sunday, January 8th
Where: 1055 Canada Place, Vancouver Convention Centre East
Cost: $23.99 to $83.99

And now, a pick for the classical music lovers out there. The Orpheum is hosting an afternoon celebrating the music and life of Maestro Branwell Tovey, the legendary British conductor and composer. Maestro Tovey received his formal music education as a pianist and composer from Ilford County High School, the Royal Academy of Music and the University of London.
When: Sunday, January 15th
Where: 601 Smithe Street
Cost: $29.52+

That’s right, one of the best performing arts festivals in Canada is coming back to Vancouver, and all events will be in-person this year! You can buy four-show ($120), six-show ($180), and digital passes ($100) on their website.
When: Thursday, January 19th to February 5th
Where: Multiple locations
Cost: Varies

New Year’s Winterfest is an annual heavy music extravaganza, bringing together some of the best local metal artists in and around Vancouver for an exciting music festival. This year’s lineup? Pound, Greylotus, No Light Escapes, Hyperia, Kosm, Param-nesia, and Crown of Madness.
When: Saturday, January 21st
Where: 254 East Hastings
Cost: $25.16

YG is known as a defining artist in the hip-hop genre since emerging in the scene over a decade ago. And he’s got numerous platinum plaques to prove it. Check him out at the PNE Forum on Saturday, January 28th, so get ready for a heck of a time!
When: Saturday, January 28th
Where: 2901 East Hastings
Cost: $56.50+

The Vancouver Giants are facing off against the Chiefs, Americans, and Rockets at the Arena Bowl at the Langley Events Centre this month. With plenty of home games to choose from (and $20 tickets), why not go and support our team & make some great memories in the process?
When: Multiple dates in January
Where: 7888 200 Street Langley
Cost: $20

Cheer on the Canucks this month as they face off against the New York Islanders, the Colorado Avalanche, the Tampa Bay Lightning, and more.
When: Games throughout January
Where: 800 Griffiths Way

While there are a ton of snowshoe trails to enjoy all around Vancouver, Grouse Mountain does boast ‘The Snowshoe Grind’, which is a tamed-down, winter version of the ever-popular trail up the mountain. Looking for something even more adventurous (and cheaper)? Then you might want to try a day trip to Squamish.
When: Open throughout January
Where: 6400 Nancy Greene Way, North Vancouver
Cost: $61

While snowshoeing is a toss-up for the best place to go, cross-country skiing has a clear-cut winner in Metro Vancouver. Cypress Mountain boasts some of the best, and most popular, cross-country trails in all of Canada. Head out during the day for a fun expedition, or, enjoy the 7.5km of lit trails at night!
When: Open throughout January
Where: 6000 Cypress Bowl Road, West Vancouver
Cost: $25+

Tubing (or tobogganing) is certainly a rare opportunity for Vancouverites. Luckily, you can enjoy both on dedicated hills at Mt. Seymour. It’s a great option if you’re looking for a family-friendly day trip, or as a way to unwind after a day on the actual slopes.
When: Open throughout January
Where: 1700 Mt Seymour Road, North Vancouver
Cost: $29

Speaking of actual slopes, we can’t forget that all three of Metro Vancouver’s mountains offer great, close-to-home on-piste options. This is a no-brainer pick, so all we’ll say is that you’re better off playing hooky during the week than trying to visit on the weekend.
When: Open throughout January
Where: 1700 Mt Seymour Road, North Vancouver, 6000 Cypress Bowl Road, West Vancouver and 6400 Nancy Greene Way, North Vancouver
Cost: Varies

Go on a winter stroll

While it might make getting around a little (or a lot) more difficult, there’s no denying that our city transforms into a winter wonderland when it snows. If you’re looking to enjoy a nice stroll this season, here are some great options to start with – from mountain climbs to inner-city parks.
Where: See our picks above

You’ve still got some time to check out one of Vancouver’s most iconic winter attractions! Canyon Lights at the Capilano Suspension is maybe even better to check out after Christmas, since the crowds there won’t be as intense most nights.
When: Open until January 22nd
Where: 3735 Capilano Road
Tickets: $62.95 for day passes

With well over a million lights and a wide variety of installations, the Festival of Lights at VanDusen is another must-see option in the city. After all, it combines an incredible setting with some mind-boggling technology, and that’s a winning combination. Act fast though – it ends pretty soon!
When: Open until January 2nd
Where: 5251 Oak Street
Tickets: $21 for adults

For just $5 per skate rental, you can skate to your heart’s content at Robson’s Square. Stop by on a spontaneous trip downtown, or plan a special pre-dinner visit on your next date night.
When: Open until February 28th
Where: 800 Robson Street
Cost: $5 for skate rentals

By the same token, there’s no denying that the Shipyards Skate Plaza is one of the most festive places to hit the ice – even after the holiday season!
When: Open throughout January
Where: 125 Victory Ship Way, North Vancouver
Cost: Free, rental costs vary

The Vancouver Art Gallery has a ton of limited exhibitions to check out this month, ranging from Vancouver-specific artists to a major exhibition from Yoko Ono. Head down on a rainy Tuesday night and take advantage of admission by donation for the best bang for your buck.
When: Open throughout January
Where: 750 Hornby Street

Meanwhile, the Bill Reid Gallery has two current exhibitions that are mainly focused on Indigenous weaving and fashion in general. A mix of traditional and modern designs are ready to be explored, with political themes present throughout.
When: Open throughout January
Where: 639 Hornby Street
Cost: $13

Science World has been delighting kids and adults alike for decades and is showing no signs of slowing down. Whether you’re browsing the permanent collection, checking out what’s new, or just there for Science World After Dark after a couple of brews at CRAFT, you really can’t go wrong with a visit or two this season.
Where: 1455 Quebec Street
Cost: $27.62, reserve your timeslot online

This admission-by-donation gallery on the North Shore has two exhibitions to check out this month. One focuses on the city’s punk subculture, while the other is a solo exhibition from the world-renowned artist Steven Shearer. Plus, their holiday gift shop features some amazing options.
When: OG Punk ends January 16th, Steven Shearer open throughout January
Where: 101 Carrie Cates Court, North Vancouver
Cost: By donation

From Date Night improv to monthly standup sessions, House Team showcases, and more – there’s always something exciting going on at The Improv Centre on Granville Island. And why not start off the year with a couple of laughs and libations with your loved ones?
Where: 1515 Anderson Street
And that’s a wrap on some of the best things to do around Vancouver this January, Vancouver.